There is so much to write about this season especially the second half of season which turned out to be truly remarkable for the club. Well done to all League Captains , Vice Captains , Club Officials and Committee Members for all your efforts. Jawad and Jules deserve special mention as they led the teams to plenty league victories this season.

This article is mainly about players achieving  career/season landmarks during the season.

Dynamic Danny : Danny Thomas took 100 wickets in 2019 and came so close to break his own record of 103 season wickets. This is  great performance from a club living legend. He also scored 642 runs and was one of the main performers in second team. Danny could also be seen as the face of CWCC. He was also awarded a certificate by Kent Community Cricket for his services towards cricket. Danny holds the club record of most wickets taken by a bowler and best bowling figures of 10-23 in an innings too. 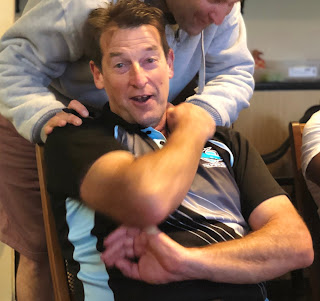 Terrific Tom : Tom Carter moved to Australia couple of seasons ago but he has been visiting back to UK every season for few weeks. He is easily the best left handed batsman club has ever produced in its rich history. Often called One Shot by his team mates for his over dependence on pull shot for runs. But the truth is that he is a complete batsman with the right temperament , shot selection and yes he plays the pull shot to almost perfection. This season he entered the prestigious 10000 runs club. Only the 7th batsman to do so and only 4th in this current lot of players. A true batting legend by all means. 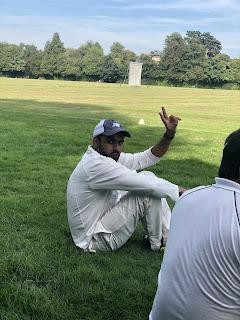 Magnificent Mansur : Mansur Hafeez started playing for this club in 2009 and found instant success. Mansur achieved two remarkable feats this season. He has now the joint most hundreds by a batsman (22). He also crossed 15000 runs mark this season and now is all time 4th most run scorer for club. Mansur holds the club record of most 150s in a game (3times) and also his 178 scored in 2011 is still the club record for most runs in an innings. A remarkable batting talent for sure. This year he scored 1000 plus runs for the 10th consecutive time. 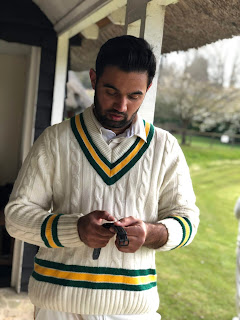 Super Seemab: Seemab Cheema has always been a remarkable talent. But 2019 saw him hitting the best of his bowling form. He ended with 38 wickets and remained on top of all 7 divisions in KCVL from week 1to week 18. A true inspiration for others and a great cricketing mind too , he is the true leader of bowling attack of first team. Seemab's performance this year will be remembered for long as he catapulted first team to division 1 by being super consistent all season. 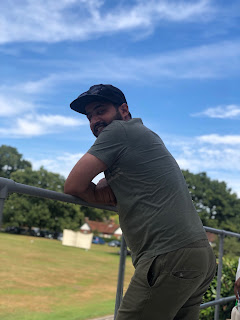 Awe-inspiring Adeel : He came  He saw  He conquered. No Cudham Wyse player had made this kind of an impact in his debut season since 2009 when trio of Anand , Mansur and Tom carter started with instant success. Adeel was phenomenal from game 1 , he kept on surprising his own team mates and opposition players with his Raw pace and genuine accuracy too. His spell vs Locksbottom was easily among the best spells of the last decade where his genuine pace was too hot to handle. A very good fielder and can bat as well. Adeel has been a great addition to this club this season. The reason Adeel made this list is because of his sheer impact on results in first team. 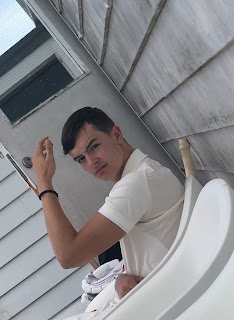 Laudable Lewis : Lewis Marlow was the standout performer in first team this season. Very athletic and energetic behind the stumps. He effected 17 wicket keeping dismissals and was the #1 wicket keeper in division 2. He also scored useful runs during the season and was quite consistent with the bat in hand. His match winnings innings at Limpsfield chart is the finest knock of the season. In my opinion he is the most improved player this season. Club will be expecting similar kind of performances from him in coming seasons too. 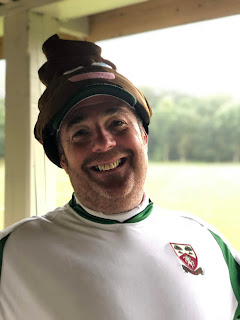 Kick-Ass Keith : Keith Williams had a phenomenal season behind the stumps. He took 14 catches and 2 stumpings and ended up with most dismissals in div5. A great achievement for sure and should be appreciated as Keith only started doing this job regularly a couple of seasons ago. He also scored some valuable runs throughout the season and finished with 699 runs. 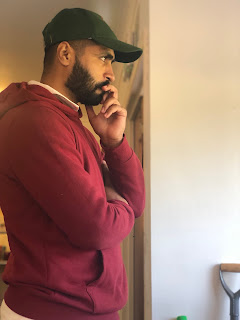 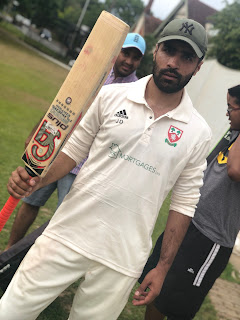 Jubilant Jawad : Jawad Hussain had an amazing season in 2019. He scored the most number of league runs (421). On many ocaasions he provided the team with amazing starts. He was calm , collected and graceful in the field and kept reminding the team of its values during pep talks. His success isn't a mere coinccidnece , a good cricketing mind who kept listening to all senior players around him but kept doing what he seemed right in the end. Club will be hoping to continue seeing him as a leader next season too in first team.
Labels: 2019 KCVL Div 2 Champion GreenArmy Picture Post Season 2019 WeAreEngland